Over the weekend, it emerged that Jacob Rees-Mogg, the new Leader of the House of Commons, has issued a style guide to his office HQ staff, which has since garnered much media attention.

On the surface, perhaps, having a style guide doesn’t seem like the strangest idea (although you might think that he has the more lofty matter of Brexit to focus on right now). In fact, he does make a few good points. Avoid verbosity (words such as ‘ascertain’ and jargon like ‘fit for purpose’), and check your work – nothing wrong in that, you might say. 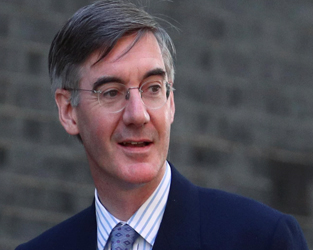 But actually, Jacob, you need to update your knowledge on grammar. These days, it’s ok to use an Oxford comma and you don’t need two spaces after a full stop. Didn’t this go out of fashion with the typewriter? I’m guessing Jacob’s not a fan of split infinitives either.

But then the guidelines start to stray into some very odd territory. First of all, he states that MPs’ names should always be followed by ‘esquire’ (such as John Glen Esquire). Even more perplexing, imperial measurements should be used at all times. Didn’t the UK turn metric back in the 1970s? Did Mr Rees-Mogg not get the memo?

There’s a reason why this old Etonian is dubbed the ‘Honourable member for the eighteenth century’. 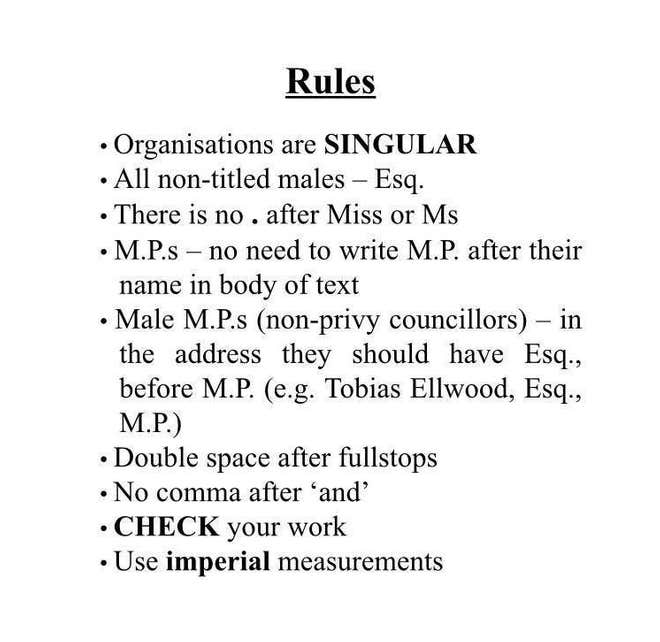 The problem is that this style guide is rooted in the past – using outdated terminology and elitist terms designed only to intimidate and alienate the reader. What impression will that leave a voter if he or she receives a letter from ‘Mr John Glen Esquire’? It’s all so old-fashioned.

And Mr Rees-Mogg obviously hasn’t checked the Government’s own style guide which states that ‘you should always use language your audience will understand’.

It goes on: ‘Write conversationally – picture your audience and write as if you were talking to them one to one’. And that, in a nutshell, is the key to all good communications (written or oral). Connect with your audience using straightforward, plain language.

The language of elitism

But of course, Mr Rees-Mogg’s new boss, PM Boris Johnson, is also well known for his use of elitist language – often drawing on classical literature and analogies to make a point. Here’s a man who once boasted that he could recite from heart the first 100 lines of Homer’s Illiad in ancient Greek. 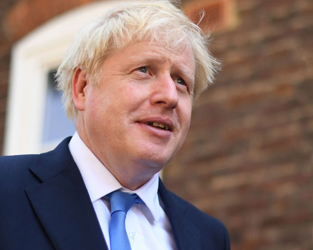 Only last week, Johnston’s first appearance in the House of Commons was littered with classical terms. In just one sentence he uses the words ‘tergiversating’ (from the Latin verb tergiversari) and ‘jugulated’ in attacking Jeremy Corbyn.

Johnston is considered, by some, to be one of the entertaining political speakers of his generation. He honed his verbal flamboyance in the debating societies of Eton and later Oxford University, cultivating his image as a bumbling toff straight out of a P G Woodhouse novel. And he has continued to build on this during his career, often with some controversy.

On occasion, Johnston’s language has even strayed into British imperial anachronisms – referring to ‘piccaninnies’ in the Commonwealth and describing Muslim women in burkas as looking ‘like letter boxes’. The latter comment ironically got him voted off the Board of Classics for All – a charity which seeks to promote the teaching of Greek and Latin literature in state schools.

Even in his less inflammatory moments, Johnston uses elitist, classical language to try to gain authority over his audience. Language exists to be manipulated to gain power over his adversaries.

While some find Johnston’s oratory style humorous and powerful, it remains to be seen whether his archaic style will chime with the electorate at large. But it certainly won’t help the Tories to change the perception of the party as elitist and out of touch with reality.

How to use video effectively on social media

What is a social media audit?

How to use hashtags to grow your social media presence

How to write a killer lead magnet

Should you use Clubhouse to promote your business?

7 tips for getting in front of your customers on LinkedIn

Stay at home: getting the message across loud and clear

How to write a killer personal profile

What Mad Men tells us about getting a good copywriting brief

How to use your blog to grow your business

What the music of The Beatles tells us about storytelling

How to create a compelling ‘About us’ page on your website

Trump and the case of the serial typos

How to overcome writer’s block

Is the sales letter dead?

Manage Cookie Consent
We use cookies to improve your online experience and to serve you relevant advertising. You can change your cookie settings at any time. For more information, see Our Cookie Policy.
Manage options Manage services Manage vendors Read more about these purposes
Preferences
{title} {title} {title}