Unless you’ve been hiding underground for the past few weeks, you’ve probably heard that The Beatles’ ‘Get Back’ film was launched last week – to considerable fanfare.

Directed by Peter Jackson (of The Hobbit fame), the film draws on more than 60 hours of footage shot as The Beatles put together their Let it Be album. The crystal clear footage has been locked in a vault for more than 50 years. It’s fascinating stuff – showing the inner working of the group as they put together new songs and rehearse. I’d recommend giving the film a watch. 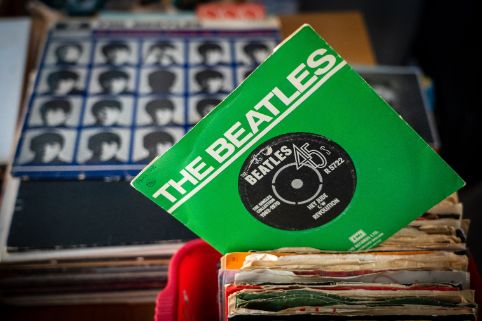 But, for me, there are a few things that stand out about this film:

1. Everyone smoked a lot in those days – almost continuously in some cases.
2. Putting together a Beatles album wasn’t all rock ‘n’ roll – there’s a lot of tea drinking and eating marmalade on toast.
3. The Beatles got on rather well together – even when the band was disintegrating (despite the popular myths).
4. The writing process is hard – even for world-famous songwriters like Lennon and McCartney.

Many Beatles’ songs are now regarded as absolute classics – for their melodies and lyrics. So, it’s easy to overlook the fact that a lot of work went into creating these songs – most of them weren’t written in 10 minutes. This is what makes the film so fascinating to watch. You see the band trying different chords, talking about who should play which instruments and pondering over the right words.

A touch of writer’s block

In the film, John Lennon and Paul McCartney agonise over lyrics that are now part of our popular culture. So ‘Sweet Loretta Martin’ from ‘Get Back’ was about the fourth name that McCartney came up with. On “All Things Must Pass”, George Harrison initially thinks up the line, “The wind can blow those clouds away” while Lennon prefers “A mind can blow those clouds away”, with its psychedelic overtones.

Throughout the film, the quartet bat around ideas – each bringing their own thoughts and suggestions to the table. It just goes to show that even world-leading songwriters need some extra creative input at times.

So, what’s the point of telling this story? Well, when we’re putting together marketing, we may not be writing a classic pop song but the writing process can be just as fraught.

So here are some top tips to help you with the creative process:

1. Get some words down on paper and write a first draft – even if you change those words at a later stage.
2. Use a spider diagram or mind map to help you come up with different ideas and concepts.
3. Sleep on it. It’s really helpful to take a break between writing the first draft and editing the text. You will see things in a new light if you come back to the draft the next day.
4. Ask someone to read what you’ve written and get some feedback. With a fresh set of eyes, they may be able to see what you’ve been missing. 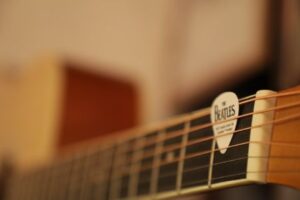 In the film, there is one scene where Paul McCartney and George Harrison argue over a section of ‘Let it Be’. McCartney wants Harrison to play the guitar in a certain way and Harrison takes offense. But, as McCartney suggests, his approach isn’t wrong – it’s just different.

Where creativity is concerned, there is often ‘no right answer’ – just different approaches. But, the important thing is to get your ideas down on paper – even if you end up rewriting it the next day!

If you’d like some professional help with your business marketing, just get in touch.

How to use video effectively on social media

What is a social media audit?

How to use hashtags to grow your social media presence

How to write a killer lead magnet

Should you use Clubhouse to promote your business?

7 tips for getting in front of your customers on LinkedIn

Stay at home: getting the message across loud and clear

How to write a killer personal profile

What Mad Men tells us about getting a good copywriting brief

How to use your blog to grow your business

What the music of The Beatles tells us about storytelling

How to create a compelling ‘About us’ page on your website

Trump and the case of the serial typos

How to overcome writer’s block

Is the sales letter dead?

Manage Cookie Consent
We use cookies to improve your online experience and to serve you relevant advertising. You can change your cookie settings at any time. For more information, see Our Cookie Policy.
Manage options Manage services Manage vendors Read more about these purposes
Preferences
{title} {title} {title}